Cities Are Even Worse For Women Than You Might Imagine

Cities Are Even Worse For Women Than You Might Imagine 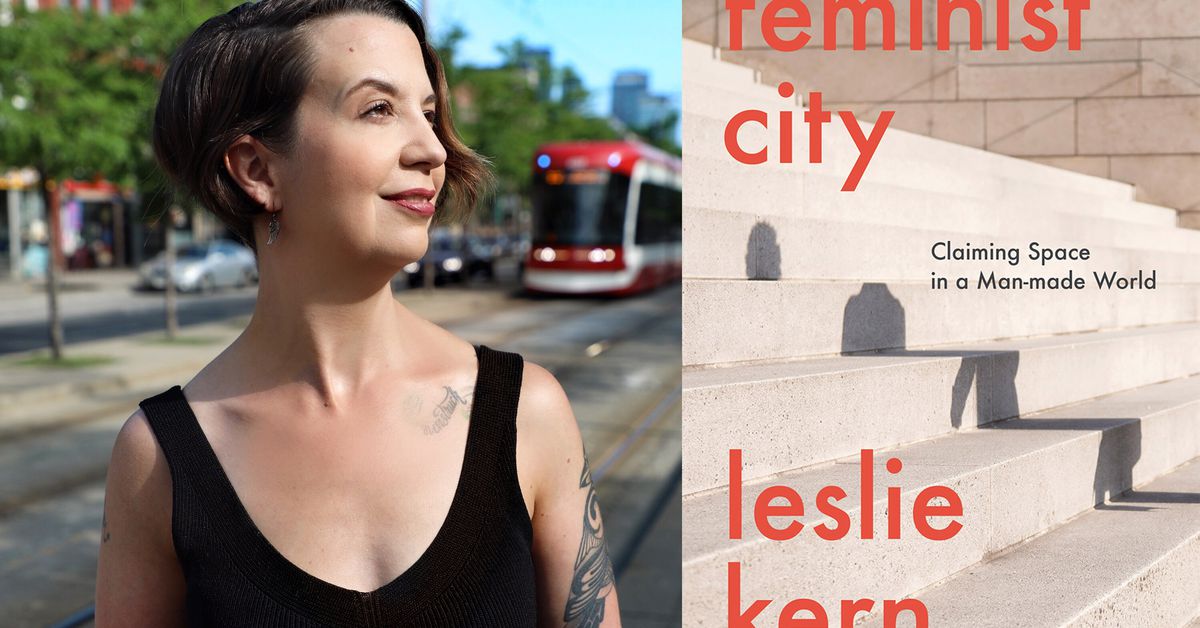 While there are still many unknowns about the coronavirus pandemic, one thing has become certain: Our cities aren’t taking care of us like they should. Sidewalks are too narrow. Buses are too slow. Parks are too crowded (if there’s even a park to go to). Homes are too cramped (if you’re fortunate enough to have a home). Working from home isn’t always an option, and is nearly impossible for those who have children.

To Leslie Kern, an urban geographer, associate professor at Mount Allison University, and the author of Feminist City: Claiming Space In The Man-Made World, out now from Verso Books, none of these problems are new; they’ve just become more apparent during the pandemic.

“There’s a broad economic reliance on unpaid and underpaid labor, a lot of which is done by women, women of color, recent immigrants, and other minority groups,” Kern says. “What the pandemic has shown is that when this kind of labor, like childcare or education, is not able to function then everything else kind of also has to shut down … We’ve created a really shaky foundation for our basic human needs: everything from care of the elderly to getting our groceries to looking after our children.”

Our cities are designed around optimizing the economic growth of a certain strata of society and not around the day-to-day needs of everyone else. The overlapping care crises of COVID-19 make the case for feminist cities clearer than it’s ever been.

But Kern resists drawing a blueprint for a new master-planned feminist city. Instead, she believes we ought to take a closer look at how cities perpetuate inequality from the perspective of race, gender, ability, and class. “Just as the patriarchy is enshrined in the urban environment, white supremacy is also the ground upon which we walk,” Kern writes in her book. By first recognizing these unequal systems and social dynamics, we can then imagine new ways of inhabiting urban spaces.

Kern’s book draws on her experiences as a mother, teenager, college student, and single woman to illuminate the most enriching aspects of city life. She acknowledges the many ways people — and specifically women — thrive in cities despite the environmental inequality, referencing things like female friendship, protest, and policy change. These things are not unique to cities, but are essential to claiming space within them.

“The feminist city is an ongoing experiment in living differently, living better, and living more justly in an urban world,” Kern concludes.

The evidence of inequality is hidden in plain sight, Kern explains in the book. It’s public transportation oriented around a nine-to-five office worker in a central business district; the preponderance of housing oriented around the nuclear family; the neighborhood amenities and architectural styles used to market urban living to gentrifiers; how the perception of fear and crime against women contributes to hyper surveillance, over policing, and mass incarceration (also known as carceral feminism) that actually makes cities less safe for certain groups; and how all of these things have prevented people who aren’t cisgender white males from fully inhabiting their cities.

Kern calls for the creation of a city that lives up to the values of intersectional feminism. Metaphorically speaking, it’s about care.

“It has to be a city that prioritizes how people get their basic needs met,” she says, referring to food, shelter, and social connection. “If we thought of those sorts of things first and then layer on top of that economic question of production and consumption, what would that change in the way that we organize our built environments and the way that we move through them? Could we create some kind of order so that care isn’t just an afterthought to a primary need to produce things?”

According to Kern, this order could be implemented through housing policies and zoning codes that make it easier for people to live together in ways beyond the narrow definition of a single-family home, which has recently been a subject of debate in cities trying to update their land-use practices.

“You have to think about what counts as a family in this situation,” she says. “Who is this designed to exclude? So many of our cities have become completely unaffordable for people to live in, especially people who work in service, caregiving, and education. Without a huge emphasis on affordability, I don’t know how we can resolve that issue.”

Affordability is also a question of access. Rethinking transportation networks so that people can get where they need to go quickly and inexpensively is an important step toward creating a care-oriented, feminist city. “At various places in the book I touch on how many of our public transit networks are still designed around the idea of, like, a commuter that comes into the city at a particular time on a linear trip,” Kern says. “This doesn’t reflect the complexity of many people’s lives, and especially women’s lives.” And rethinking transportation networks from a feminist perspective doesn’t always require new construction. It could be as simple as reprioritizing snow plows to clear sidewalks and the areas around schools before moving on to roads and central business districts — a strategy Sweden already uses.

A feminist city oriented around care could also include police abolition. “We want to take women’s fear seriously, but by expanding and relying so much on policing and the criminal justice system to do that, we have created a situation where greater levels of policing and harm have been able to be weaponized against Black people, indigenous people, people of color, homeless people, sex workers, youth, and so on,” Kern says. “This has happened in ways that I don’t think have actually made any women safer at all, but which created the veneer of safety that looks good for cities and policy makers, but doesn’t really change anything on the ground or in the home.”

The problems amplified by the coronavirus aren’t new, and neither is advocacy for affordable housing, better transportation, and decarceration. Cities are societal values embodied in concrete and steel, and making feminist cities will require redesigning more than just roads and buildings.

“I would love to imagine that if we could design out crime and fear and inequalities that we would have done it by now,” Kern says. “Although, one could argue that those very inequalities are part of what keeps our entire economic system functioning. Maybe there isn’t actually a will to completely design away inequality since that propels everything from our property markets to our labor markets...We can’t just take for granted the land that we’re on and that the kind of regime of power and property that it’s based on should remain the same going forward.”