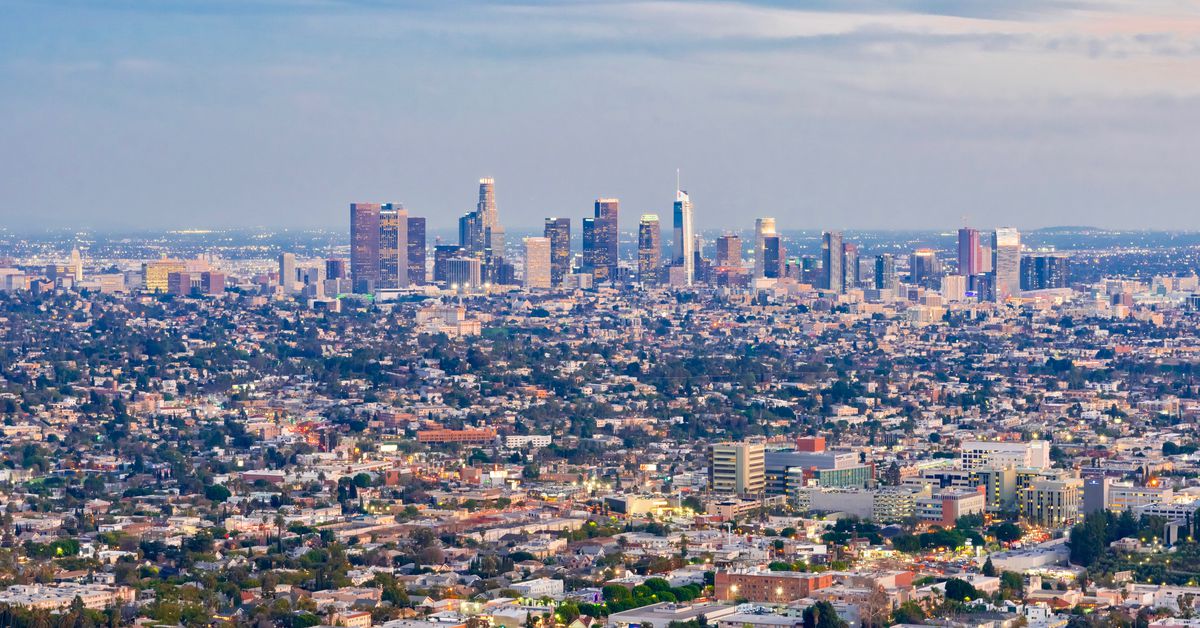 “They panned over to JPL, and she said, ‘Sorry, we just had an earthquake here,’ and she sounded quite nervous,” says Celeste Labedz, a doctoral student of geophysics at the California Institute of Technology who was watching the NASA livestream while visiting family in Nebraska. “My first instinct was: Time for Twitter.”

In Los Angeles, Twitter is the first — and best — place to confirm that the shaking you felt was actually an earthquake. (Maybe it’s the fear that comes with living in earthquake country, but it’s surprisingly easy to confuse the rumble of a truck or the thud of construction equipment with the sudden slip of a fault miles below the Earth’s surface). Like a badge of pride, everyone who felt it, no matter the hour, will shout into Twitter: EARTHQUAKE!!! They’ll describe what the shaking felt like in their neighborhoods. They’ll try to make you laugh with quips about how unprepared they were or DJ Kahled memes. Journalists and scientists like Labedz will log on to report the epicenter and the magnitude, and they’ll all ask “Did you feel it?” They’ll also politely correct you when you’ve spread an earthquake myth.

Twitter is abuzz whenever there’s a natural disaster, but Earthquake Twitter is totally unique to California, McKinnon says. Unlike other states and countries —including Japan and Argentina, which are struck less often but with more ferocity — California gets thousands of low-magnitude earthquakes every year. Lucy Jones, queen of Earthquake Twitter, referred to yesterday’s quake as the “garden variety” type. Still, the experience is scary every single time. But because these small quakes don’t inflict damage, we can banter and commiserate — and yesterday, we could show off.

“There was an earthquake during an interplanetary rocket launch, so the entire East Coast was watching, and we got to be all dramatic about it,” says McKinnon. “And we’re on this beat where we’re finding the news pattern gets worse, and then it gets worse, and it gets worse ... The earthquake sounded bad, but in reality, it was a magnitude of four.”

For a fleeting moment, the entire city experienced the same exact thing at the same exact time. Earthquakes are one of the most communal experiences one can have in Los Angeles. Yesterday’s hit the northern San Fernando Valley — some 22 miles from Downtown Los Angeles — but the shaking was felt all the way out in the desert. At a time when we feel particularly isolated from one another, Earthquake Twitter is oddly comforting.

After my bedroom in West Hollywood stopped rocking, and the trinkets that had bounced on the nightstand settled, and our nervous Pit Bull returned to her bed, I removed the pillow I had placed over my head and grabbed my phone — not to check on my parents, shamefully, but to join in on what has now become a post-earthquake ritual. For the next 30 minutes, my Twitter feed was rapidly flooded with one earthquake tweet after another, and I couldn’t get enough.

There was the very affirming tweet: “Earthquake in LA!” The tweet with bravado: “IT’S NOT EVEN A 5.0 ... CALM TF DOWN, PEOPLE.” The this-is-how-it-felt-where-I-live tweet: “That was quite an early morning shake. Short but jolting in Hollywood. For a second, it felt like an elephant was running across my roof.” The dramatic tweet: “So far today: Earthquake in SoCal, POTUS floats election delay, Herman Cain dies. Not yet 8:00 am.” The very-L.A. tweet: “Just committed to moving to the Valley. Was that earthquake the welcome wagon?” And, of course, the celebrity tweet: “twitter is at it’s finest right after an earthquake.”

After months of feeling alone, I felt less alone. And after months of missing out on all of the summer experiences that make me feel connected to Los Angeles — the Top Deck at Dodger Stadium, movies at Cinespia, and too-packed beaches — in a dark, convoluted way, I suddenly felt tethered to the city again. And then I fell back asleep.