The Language Around Homelessness Is Finally Changing

The Language Around Homelessness Is Finally Changing 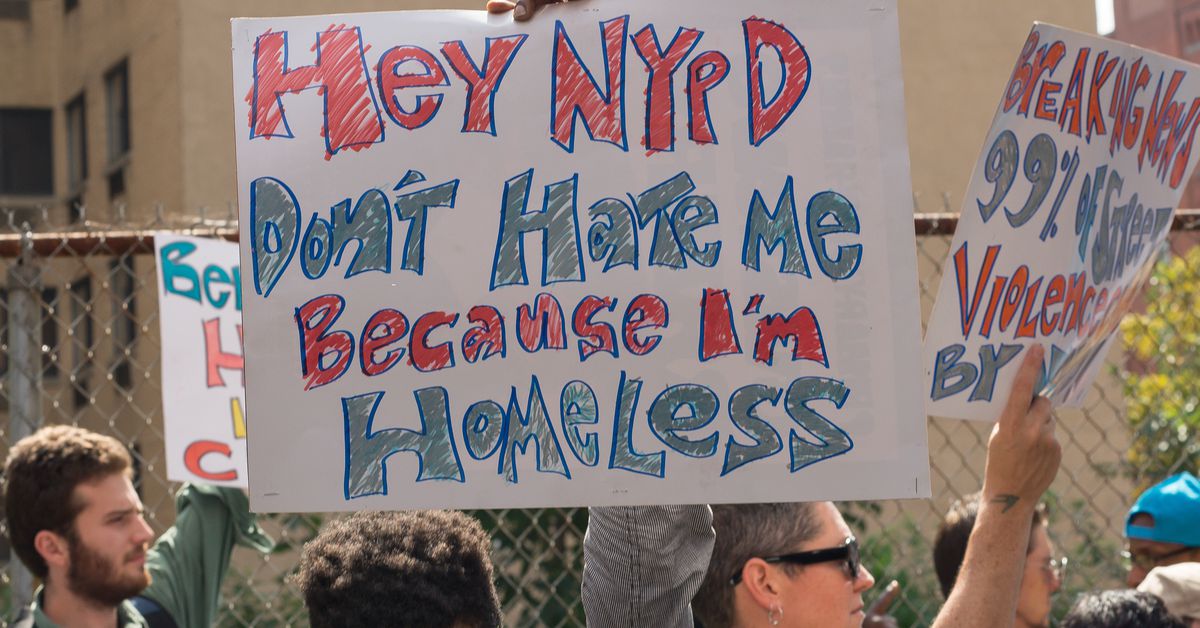 Over the past several weeks, leaders across the country have announced the results of their annual homelessness counts, which are conducted in U.S. cities every January. This year, though, those figures might hit harder thanks to an update to the style manual used by many news organizations that will help to remind readers that behind each statistic, there are people.

New guidance was presented at the 2020 American Copy Editors Society conference in May, where AP Stylebook editors recommended that journalists stop using the catchall label “the homeless,” a term the editors deem dehumanizing, to describe those without homes.

“Do not use the collective noun ‘the homeless,’ just like we don’t use ‘the elderly’ or ‘the disabled,’” said Paula Froke, editor of the AP Stylebook, in a session announcing changes to AP style.

In a rapidly changing society, where gender pronouns have become more inclusive, style manuals are being rewritten to reflect a broader range of people and identities. In recent years, many major style manuals’ guidance around subjects like race, disability, and sexuality has been increasingly informed by input from advocacy groups, reflecting a shift in the field of copyediting toward what some call a conscious style guide.

In response, copy editors are embracing more compassionate terminology when choosing language to represent marginalized identities. Using terms like “the homeless” is reductive and purposely isolates a specific group, making it seem like the needs of that group are not representative of the whole of society. People who are homeless must overcome stereotypes, get routinely harassed by law enforcement, and are often the victims of violent attacks. More humanizing language might make their neighbors who live in homes more understanding of their plight.

These evolutions in terminology aren’t always clean-cut. For decades, “illegal alien” was used to describe people who had entered the U.S. without legal documentation. In 2013, the AP Stylebook ruled that “illegal” could only be used to describe an action, not a person, and suggested an alternative: “person entering a country illegally.” Journalists were also instructed to avoid the term “undocumented immigrant,” as the person likely did have documents, just not the proper one. A year later, there was still no single term used across newsrooms.

Other movements built around making language more specific and avoiding euphemism have explicitly attempted to sway public opinion. The #CrashNotAccident initiative was an effort by transportation-safety advocates to stop the AP Stylebook from using “accident” to describe motor-vehicle collisions, which kill about 40,000 Americans per year. The word “crash” helps to introduce the idea that those deaths are not inevitable and that collisions may be prevented, perhaps with safer vehicle regulations or improved street design. In 2016, the AP Stylebook made the recommendation to “use crash, collision or other terms.”

There’s no clear definition of when, exactly, a person technically becomes “homeless” — is it when that person becomes a statistic in that annual point-in-time count? — making it even more important to be precise. “Couch surfing” might mean staying temporarily in a friend’s or family’s household, while “transient” better describes people who move from city to city but are not necessarily homeless. With the proliferation of the “van life” movement, privileged people who choose to live in campers or RVs wouldn’t necessarily be called homeless — depending on their Instagram following, they might be better described as “influencers.”

For those reasons, too, AP’s Froke cautioned against using “homelessness” as a casual identifier. “Mention that the person is homeless only when relevant,” she said. “We saw a lot of uses where the person is described as homeless even when it had no bearing whatsoever on the situation at hand.”

Because the AP Stylebook is intended for journalists writing for a broad audience, its style sometimes lacks the nuance of language used by nonprofits or academics. Housing advocacy groups often employ “people experiencing homelessness” to imply that homelessness does not define a person, but the term is not conversational. In the session announcing the AP’s style changes, one person asked Froke what she thought of the term “street-involved”; she responded that it seemed like “jargon or torturing the language.” The AP shies away from what it deems “euphemistic language” when writing about topics like homelessness and disability, generally preferring to use terms familiar to most readers.

It’s an approach that may in some sense appeal to certain advocacy groups, like the disabled advocates who entreat people to just “#SayTheWord” — the word being “disabled,” rather than “special needs,” “handicapable,” or “person with a disability.” But even among disabled people, there’s not always a consensus on which terms should be used.

Homelessness is also a local issue, meaning regional terms will be employed by various municipalities. Froke noted that the way people without homes are treated is not the same in every city. For example, New York City has the largest homeless population of any city in the U.S., but a large percentage of those people are living in shelters or hotels. Los Angeles has fewer homeless residents overall but more people who are unsheltered, meaning they live in tents, camps, informal structures, or in vehicles like cars or RVs. Some cities, including San Francisco, are creating city-authorized camps during the novel-coronavirus pandemic, technically giving people a place to live but without truly housing them. As homelessness is expected to spike owing to pandemic-related unemployment, each of these situations may require different terminology.

On the West Coast, a shift in language has happened organically as the demographics of the homeless population have changed. In recent years, owing to growing wage gaps and high costs of living, there has been an increase in the number of people who are newly homeless. Here, one of the preferred terms is “unhoused,” which denotes that people are being pushed out of their dwelling units by inequitable housing policies.

The 550,000 people without a permanent address nationwide still have communities and neighbors — and they still have a home in the city, argues Pete White, executive director of the Los Angeles Community Action Network, a homeless advocacy group. White uses the term “houseless” as a way to show that giving people access to their own physical dwelling unit is, in itself, the best way to solve homelessness.

“We have to remember that the vast majority of the people who are houseless in Los Angeles are from Los Angeles,” says White. “We want to show that we can house people with dignity — just by giving them keys.”