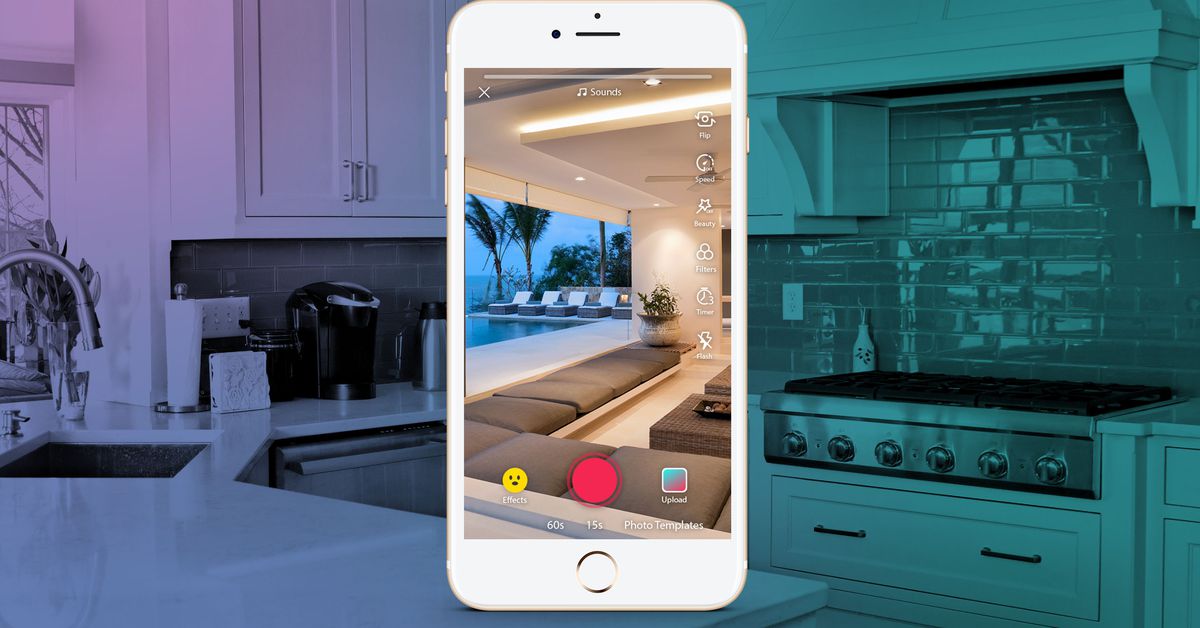 The home tour is thriving on TikTok. If you live in a penthouse or on a houseboat, you’re definitely welcome on the app. If your parents own a beachside property, even better. Airstreams, castles, and tiny houses are generously rewarded with views and hearts. But TikTok is also bubbling up with tours of what its users sometimes describe as middle-class and lower-class homes, offered as a corrective to the sprawling properties that other creators film with a yawn.

Maybe the most unique to TikTok are the insouciant tours of mansions in which whoever’s behind the cell-phone camera wanders from room to room as though they’re running from the Blair Witch or making a documentary about their feet, not showing off a multimillion-dollar estate. In the overlaid audio, violin music plays (Luigi Boccherini’s “Minuetto,” to be exact); as you follow the camera from Ferrari-filled driveway to private movie theater, you may catch a glimpse of what looks like a butler in the mirror.

Take, for example, this original audio — sounds are one of the app’s many organizing principles; users reuse the audio from each other’s TikToks often, sometimes lip-syncing along to their speech and sometimes just letting it play in the background of whatever they’re filming. A young woman — the creator, Jordyn Frost — says, “Hey, yo, my best friend’s rich check,” then shows us a car, a giant house, and her slightly embarrassed friend. Her voice-over has been used, with varying levels of sarcasm, in 149,100 videos to show off all the mahogany-heavy home bars and fancy toilets you could imagine.

In another popular sound (used in 30,300 TikToks), we’re led through users’ homes as the voice-over says, “Everybody has that one thing in their house that everybody thinks is so cool …” Most of the videos skim past plenty of “so cool” things — rock-climbing walls, two-story closets — before landing on a massive fish tank, a basement arcade, or a $1,500 appliance that Food & Wine once described as “basically the world’s most powerful blender that also cooks and stirs.” Rich people’s houses, it seems, look like The Sims when you use a cheat code.

Since TikToks are all shorter than 60 seconds, there’s not much context to any of this, leaving you to wonder why these people have helicopter pads on their roofs and faucets for coffee and milk in their sinks. And who knows if anyone actually lives in these houses — astute commenters noticed that one user who bragged about her in-home spa was actually filming the tile store where she works. But the app’s American users tend to be comfortably well off, if not wealthy: 37 percent reported a household income of over $100,000.

Commenters are prickly about the mansions (“I’m so tired of rich people lol,” reads a typical comment), especially when they’re misrepresented. In America, everyone thinks they — and their homes — are middle class. And on TikTok, people love to tease each other for being wrong about that. A sound for people who are, as the creator puts it, “middle class but more higher, but not high class” inspires videos sporting the familiar six-car garages and in-home theaters, infuriating users: “What does ur parents do? Do they own Nike.”

As if to mock the faux-blasé tone of people looking to flaunt their spiral staircases and indoor pools, plenty of users are also documenting their “actual middle-class” or lower-middle-class living situations, some more earnestly than others. Scroll long enough and you’ll probably see more than a few tours of a genuinely messy house (with 22,700 likes). Parallel to the app’s glowing walk-throughs of “cottagecore” dream houses and tiny homes are TikToks from users reveling in the ugliness or nonsensicality of their living space. Stuck at home, scrolling through casual displays of suburban wealth, makes the inadequacies of our non-mansions feel like a joke.

TikTok thrives thanks to the private lives of its users — as its parent company, ByteDance, continues to face criticism over its data-privacy practices — who offer up the reality of their homes to anyone who wants to come inside. Home tours on TikTok aren’t like home tours on other platforms, because TikTok operates differently, giving every one of its users the blueprints, in the form of challenges or dances or memes, to record whatever’s around them on the device in their hand, a block of aluminum and glass that’s constantly itching to be used. Mansions may be favored by the algorithm, but everyone is invited to play along.