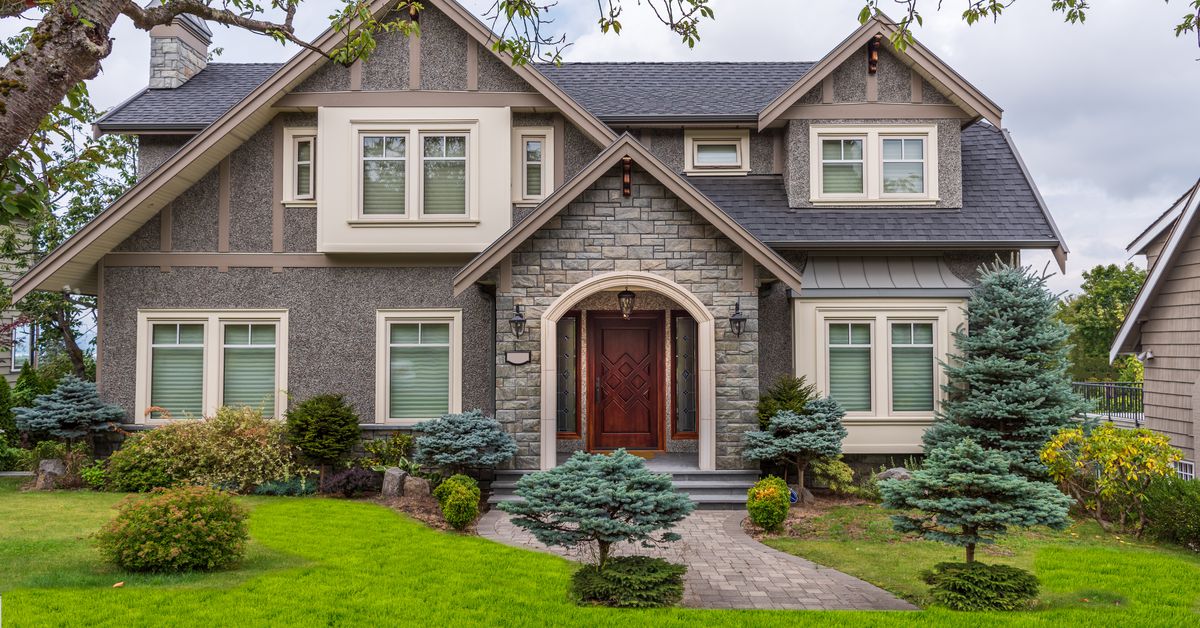 With sagging poll numbers in suburbs threatening his presidency, Donald Trump is trying to scare suburbanites into voting for him by warning of an invasion of low-income African-Americans supposedly induced by Joe Biden. It’s a brazen bit of fearmongering to adopt amid the months of ongoing protests that were sparked by the murder of George Floyd, but one that leans on decades of racial anxiety that white suburbanites, including many supposed liberals, have over Black people moving into the neighborhood. It’s based — to what extent it is based on anything at all — on an obscure housing regulation designed to make the housing market just a little bit more fair, the Affirmatively Furthering Fair Housing (AFFH) rule, which was put in place by the Obama administration in 2015; the Trump administration suspended it in 2018 and replaced altogether last month.

While the rule has been subjected to right-wing scorn since its inception, it was vaulted into 2020 election coverage on the morning of June 30 when the National Review published a fact-free column asserting that Biden and the Democrats want to enact a progressive plan to “abolish the suburbs.” Later that night, Trump tweeted that he was looking into the rule because of its “devastating impact on these once thriving Suburban areas.” In reality, the AFFH never had much of an effect on any area, suburban or otherwise. The rule was meant to clarify some of the murkier language of the Fair Housing Act of 1968, and it essentially required municipalities to fill out a report on barriers to fair housing within their jurisdictions.

The Suburban Housewives of America must read this article. Biden will destroy your neighborhood and your American Dream. I will preserve it, and make it even better! https://t.co/1NzbR57Oe6

Some of those barriers date back to the postwar dawn of the suburbs as we know them. During and just before World War II, the big industrial cities in the north and west attracted Black people from the south looking to escape Jim Crow and find jobs in factories (this is known as the Great Migration). After World War II, the federal government offered subsidies to developers to build detached single-family houses in the suburbs, as well as subsidies to veterans themselves so they could buy those houses through the GI Bill. But Black veterans were systematically excluded from taking advantage of these programs — first explicitly, then implicitly through restrictive covenants and zoning policies.

Thanks to these policies, urban cities became more African-American, and the new suburbs became mostly white. The Fair Housing Act of 1968 finally banned housing discrimination on the basis of race, but the damage had already been done.

The AFFH rule was intended as a step toward rectifying this injustice by adding teeth (in theory) to a provision of the Fair Housing Act that stated communities must actively look for ways to integrate.

The AFFH rule required municipal jurisdictions that receive Community Development Block Grants (CDBG) from HUD to file a report identifying barriers to fair housing and set goals for overcoming them. Failure to file the report, called an Assessment of Fair Housing (AFH), could result in HUD withholding that jurisdiction’s block-grant money. But in practice, it was up to the agency’s discretion whether to enforce it.

And the rule did not require municipalities to take any action whatsoever to address reported inequities. In other words, some reports were filed, but nothing was done.

Reading between the lines of Trump and HUD Secretary Ben Carson’s tweets about AFFH, they seem to be implying that the rule would somehow force suburbs to eliminate single-family zoning lest risk losing CDBG funding. But it’s irrelevant for most suburbs, since among the three primary qualifiers for getting CDBG funding is that the population of the municipality must exceed 50,000 people. This alone would exclude a substantial portion of suburbia, although a jurisdiction can still receive CDBG money indirectly through its state or county, neither of which has authority over local zoning issues.

Jenny Schuetz, a researcher at the Brookings Institution, notes that CDBG is designed to help communities at the lower end of the wealth spectrum, not the more exclusive (and exclusionary) suburbs that have policies like single-family zoning that already serve as a barrier to fair housing. The number of suburbs receiving CDBG money varies by state, but generally speaking exclusionary suburbs are not the primary recipients. Schuetz looked at block-grant spending in California and New Jersey and concluded that cities with more inclusive zoning policies received much more CDBG funding than those with single-family (or other exclusionary) zoning policies. In New Jersey, no CDBG money was going directly to these suburbs.

On top of all that, when the rule was suspended in January 2018, only about 50 of the 1,200 municipalities eligible for HUD block grants had completed their AFH. Researchers Justin Steil and Nicholas Kelly at the Massachusetts Institute of Technology analyzed the completed AFHs and found that just one listed a goal related to zoning reform that included a measurable objective and a new policy proposal. In other words, if HUD forced communities to act on their AFHs, only one would be making changes to its zoning code.

Solomon Greene, a fellow at the Urban Institute, makes the point that if HUD was forcing single-family zoning onto suburbs through the AFFH, it would be based on a report the suburb itself produced, and it would still have to go through that suburb’s legislative process.

“Suburban communities simply weren’t filling these [AFHs] out nor are they expected to ever fill these things out,” he says. “Then of the ones that did, I don’t think it was common to identify single-family zoning as a barrier to fair housing. This was not a federal-government rewrite of local zoning by any stretch of the imagination.”

But what if Biden wins? While the AFFH did not in any way tie CDBG money to the elimination of single-family zoning, a number of Democratic candidates for president proposed to do just that in their housing plans, including Biden. The idea has made strange political bedfellows among housing activists, liberals, and libertarians. Carson himself, an anti-regulation zealot with a strong libertarian/free-market streak, argued in 2018 that single-family zoning was serving as a barrier to the development of affordable housing.

But not all single-family zoning ordinances have the same impact on the potential for the development of affordable housing. In cities that are already built out and have very little available land on which to build, eliminating single-family zoning would have a minimal impact on affordable housing, if any, because the cost of redevelopment of a building practically ensures that a developer will have to price the units higher than what could reasonably be considered “affordable.”

The suburbs, however, have the open space on which to build. But in many burbs, developers are simply not allowed to build affordable housing at scale because of single-family zoning.

Priced out of gentrifying cities, African-Americans and low-income earners have been trickling into the suburbs in recent years, which has caused many areas to become more racially diverse and also more poor in the aggregate. Some suburbs still have many of the barriers to homeownership that have existed in the past, and because of single-family zoning, building cheaper multifamily housing isn’t an option. This is part of the context for the NIMBY battles in the Bay Area, where an insistence of maintaining a landscape of low-density suburbia has meant that even teachers and firefighters have been pushed out of the communities they serve.

“Black people have only a few houses that they can afford and are allowed to live in,” says Prentiss Dantzler, an urban-studies professor at Georgia State University. “If I want to move into a suburb and you don’t have any rental properties, it’s pretty hard for me to move into the suburb.”

Since the murder of Floyd in May, Americans have demonstrated against police brutality and racism with an intensity never seen before. Polling on support for Black Lives Matter shows a clear shift to a majority agreeing with the movement. Trump’s suburban race-baiting will force voters to prove their support for fair housing at the ballot box.